Paul Soldner is known for his raku fired vessel forms, monumental ‘Floor Pots’ and his technological contributions to the field of ceramics.

Most famously, he developed American Raku. While this process is most commonly understood as a low-fired, smoked ceramic ware, Soldner defined it as an evolving art form and an understanding of the medium beyond a particular specified method.

In addition, he was known for his salt-vapor bisque firing technique and, patented innovations including Soldner Potter’s Kick Wheel, Soldner Electric Potter’s Wheel and Soldner Clay Mixer. Soldner was one of Peter Voulkos’ first students at the Los Angeles County Art Institute (now Otis). At the time, the Ceramics studio consisted of a sink and a table. As the sole graduate student, Soldner played a large role in helping Voulkos design and build the space. Voulkos' expressionistic style influenced Soldner's ceramics and, the experience of building the studio let to Soldner’s continued interest in developing new ceramic technologies and methods.

Soldner’s early works are based on the vessel form, usually a tea bowl. He was one of the few vessel makers in the program. Throughout his career, Soldner made work using only a single method, slab built or wheel thrown, or by a combination of both methods starting with a wheel thrown form. He typically used a mixture of plastic fireclay, Kentucky ball clay (OM 4), red clay and sand when low-fire salt fuming. To create surface decoration, Soldner would apply thin colored slips with a brush, evoking both calligraphy and watercolor. Occasionally, he used paper resist stencils depicting human, animal or botanical motifs that seem to dance around his pots.

One of Soldner’s most characteristic bodies of work are his plaques. These are made from plywood templates, onto which he laid burlap-backed flattened sheets of clay. He, then, would step on the clay to create an impression, turning the clay and repeating the process to create the desired effect. Each plaque was then dried in a custom, shallow bowl filled with sand to create a concave back.

In 1968 he founded the Anderson Ranch Arts Center in Snowmass, Colorado.

An interview with Paul Soldner conducted April 27 and 28, 2003 by Mija Riedel, for the Archives of American Art's Nanette L. Laitman Documentation Project for Craft and Decorative Arts in America is available at:
www.aaa.si.edu/collections/interviews/oral-history-interview-paul-soldner-12457.

To The Limit
Form: Vessel 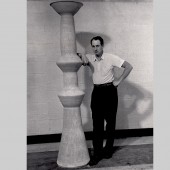 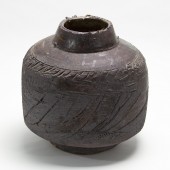 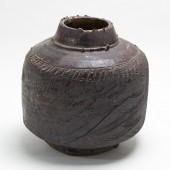 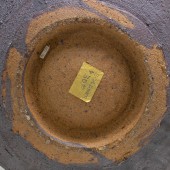 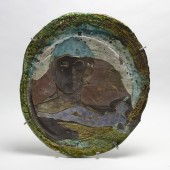 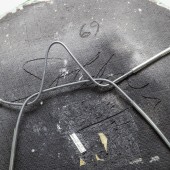 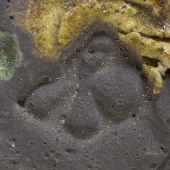 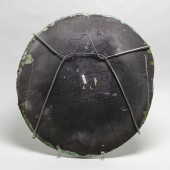 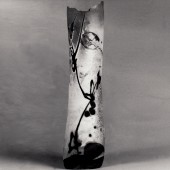 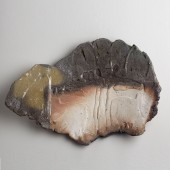 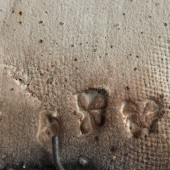 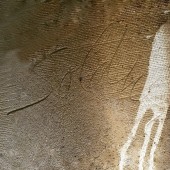 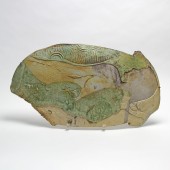 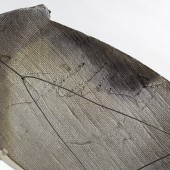 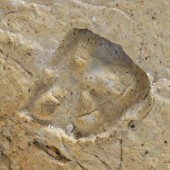 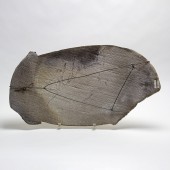 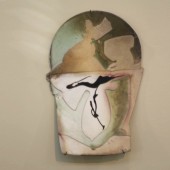 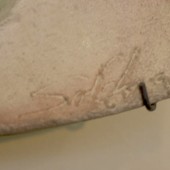 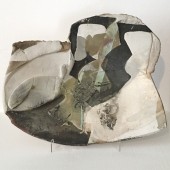 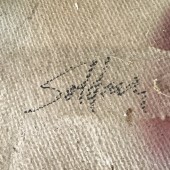 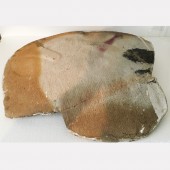 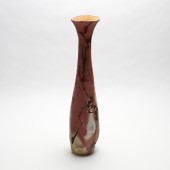 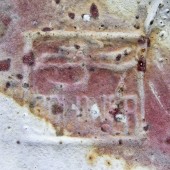 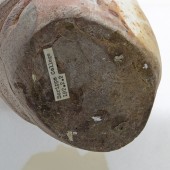 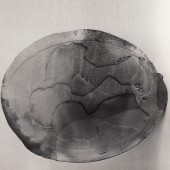 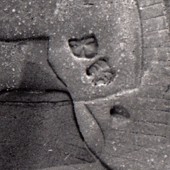