William Parry is known for abstract, slab-built sculptures, as well as experimentations with ceramics and other materials. Some of Parry’s work was inspired by natural forms, such as the Off Butterfly series, and from everyday objects, seen in the Knife, Fork, and Spoon series which transformed these objects into unusable sculptures. Parry often brush applied stains or glazes to his sculptures in one solid coat.

Parry originally started working in banking in New York City and applied to Alfred University in 1938. Parry started as an engineering major in the ceramics engineering program, switching to studio arts later.

"WP” with the W and P connected, inscribed. 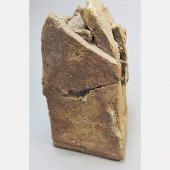 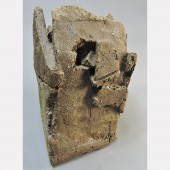 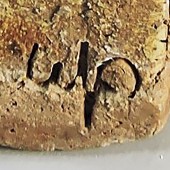 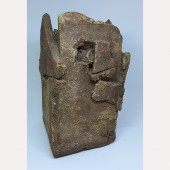 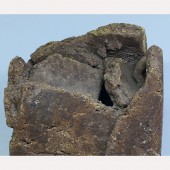 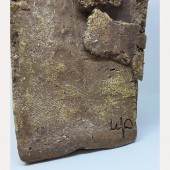 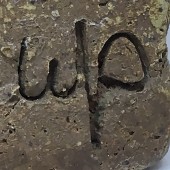 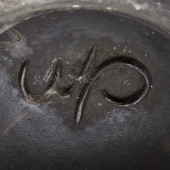 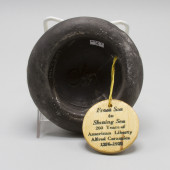 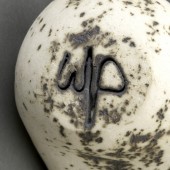