Anne Kraus is best known for painterly narrative scenes on traditional ceramic forms, usually in a white reserve and incorporating text. Kraus began her art career as a painter living in New York City. The European porcelains from Meissen, Sèvres and R.S. Prussia that she saw at the Metropolitan Museum captured her imagination and influenced her decision to work in clay.

Kraus’ early work was done at her Shining Leaf Pottery in New Jersey. The pieces are built from slip-cast stoneware elements that are combined and recombined in many different ways. Kraus mastered the use of under glaze decoration. The emotional images in her narratives may appear deceptively calm, often drawn from her dream diaries, they frequently present her deeply personal views on political, social and cultural issues. In addition to images, her work typically includes carefully drawn text relating to the images. Toward the end of her career she began making tile paintings. 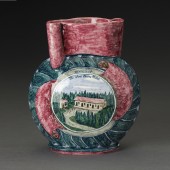 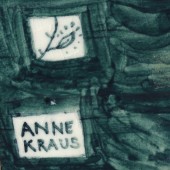 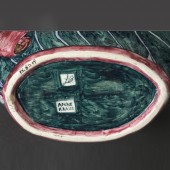 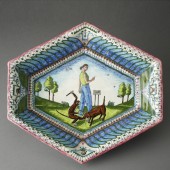 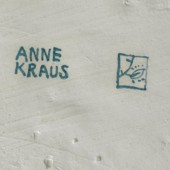 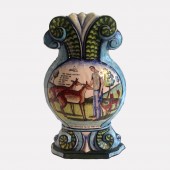 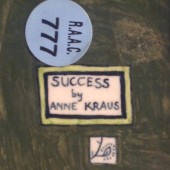