Ann Agee’s work is a narrative exploration of scenes from everyday life, both the glamorous and gritty.  Her extensive body of work using blue glaze, or cobalt-blue stain on either a porcelain or vitreous china ground, is influenced by Delftware and Staffordshire transferware pottery.

Agee retains the all over decorative influences of these wares but replaces the bucolic country and genre scenes with images of gas stations, civic buildings and public works. Agee’s work challenges the traditional notion that decorative or applied arts are inferior to fine arts.

A major influence on her work was the Arts/Industry Residency Program at Kohler Co. in Sheboygan (1991 and 1992). While there she studied the people and scenery of Sheboygan County filling her sketchbook with images of daily life. In 1998, Agee was commissioned by the Kohler Arts center to create her first major installation, a blue and white men’s washroom. The images represent actual places in Sheboygan County ranging from views of Lake Michigan to a water treatment plant.

Although first appearing to be transferware, Agee reports that at Kohler she worked on greenware (unfired clay) tiles that had been prepared by painting white slip onto the clay. The motifs were then painted with a cobalt-like stain fired at a high temperature, glazed and fired once more at a lower temperature. (Correspondence with the artist December, 2014) 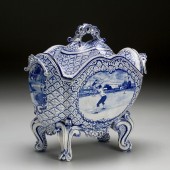 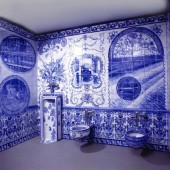 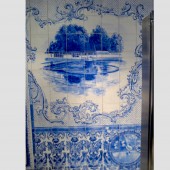 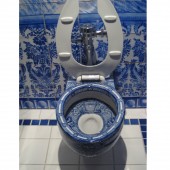 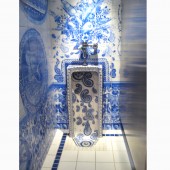 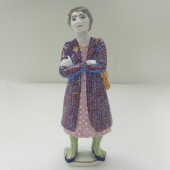 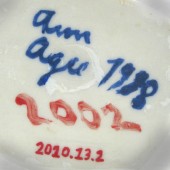 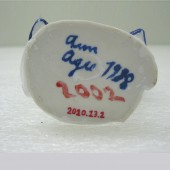 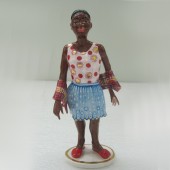 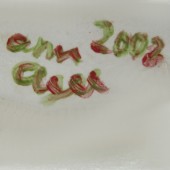 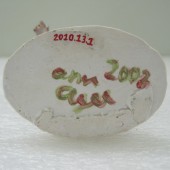 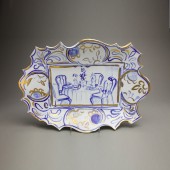 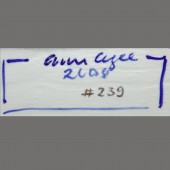 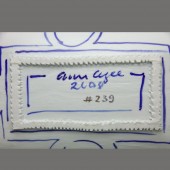