Marie Woo’s is known for wheel-thrown and manipulated vessel and sculptural forms. Woo’s surface techniques include both interior and exterior incised and carved markings and the use of a pallet personal glazes.

Once thrown Woo begins the process of tearing the vessel edges, forcing the shape into irregular volumetric forms and sometimes adding hand built objects to be contained by the form. These hand built organic forms retain a vessel reference.  Throughout her career, Woo formulated her own glazes. She has found inspiration from her studies in Japan, China, Korea and teaching in Thailand. 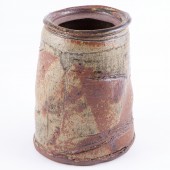 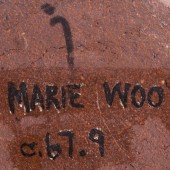 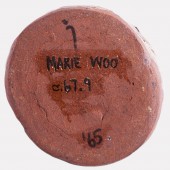 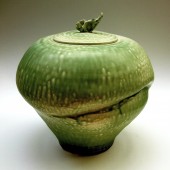 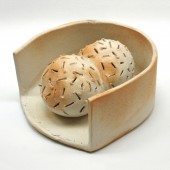 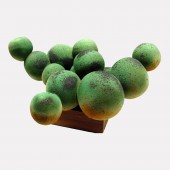 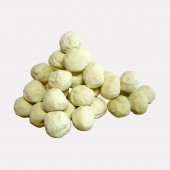 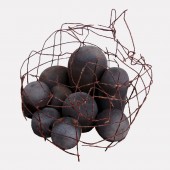 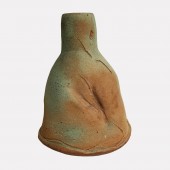 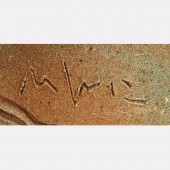