Legatha Joan Walston is known for wheel thrown stoneware functional pottery. Vessels are developed on the potter's wheel. Signature forms include covered jars, among a variety of other utilitarian objects.

The exterior of taller pieces were worked in the leather hard stage. This decorative technique was seen most often in covered jars and feature fluid geometric carvings separated using horizontal lines. Walston's glazing palette is most often muted; featuring a variety of satin-matte to gloss earth tones, purples, and whites. Iron spotting is present in many of her glazes, due to the reduction firing process of iron-rich stoneware clay. 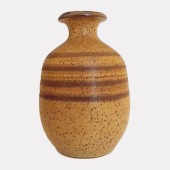 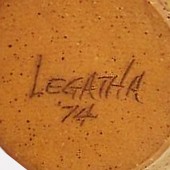 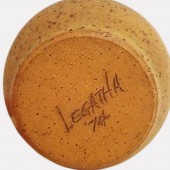 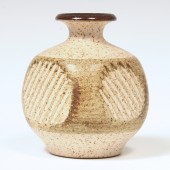 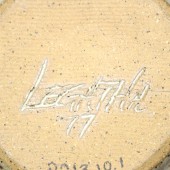 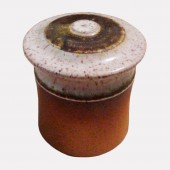 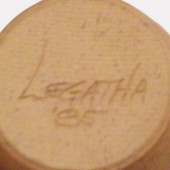 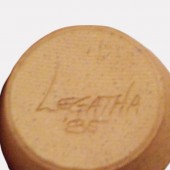