1953BFA School of the Art Institute of Chicago, Chicago, Illinois

Robert Sperry’s vessels are wheel thrown stonewares with dynamic surfaces of crawling or crackled glaze. Sperry applied a heavy slip layer over a dark glaze that created a contrast with the surface to achieve his desired effects. His signature style became bold, crackled white on black bowls, platters, murals, and sculptures.

At times, Sperry added bright colors, but primarily he worked in black and white. Sperry embraced clay as an artistic medium for expression and is stylistically affiliated with the group of Abstract Expressionist ceramic artists. Sperry incorporated broad and diverse influences including Asian ceramic traditions and Scandinavian ceramic trends.

Sperry first handled clay in 1945 while a G.I. serving in Germany during World War II. His early career was influenced by meeting both Peter Voulkos and Rudy Autio at the Archie Bray Foundation in 1954.

Although known primarily as a ceramic sculptor, in the 1960s Sperry shifted his shifted his focus to filmmaking and traveled to document Japanese folk potters in "Village Potters of Onda" (1966). At the end of the 1960s, he returned to functional pottery. The 1970s were a decade of experimentation. Sperry flirted with funk but quickly moved on to explore the lusters and finally focused on the black and white crackle and crawl glazes for which he is known.

An interview with Robert Sperry conducted August 11, 1983, by LaMar Harrington for the Archives of American Art's Northwest Oral History Project is available at:
http://www.aaa.si.edu/collections/interviews/oral-history-interview-robert-sperry-13172. 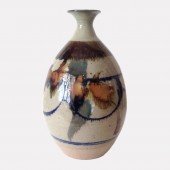 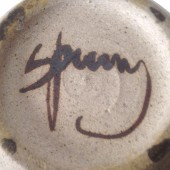 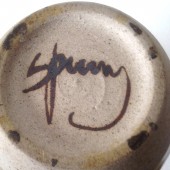 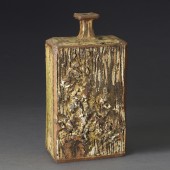 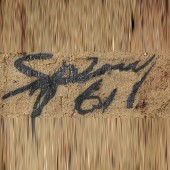 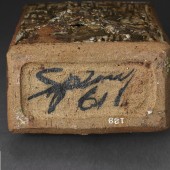 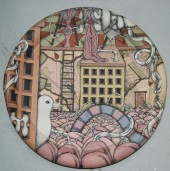 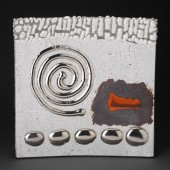 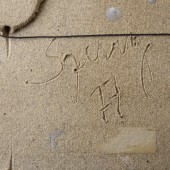 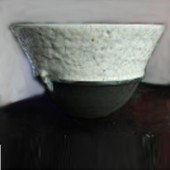 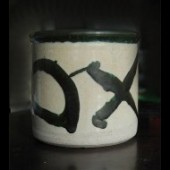