Smith was studying with Harriet Gill at the University of Tennessee when she took him to meet Charles Counts at Rising Fawn. This meeting led him to study pottery on the graduate level at the University of Tennessee with Sandy Blain. After graduation Smith began producing a full line of functional work using stoneware. At this time, all of his handles featured a thumb-stop which became a way of identifying his work.

Smith, in partnership with Joe Osolnik, opened his first retail gallery, The Potter’s Mark, in 1971 outside Gatlinburg, TN. After a fire in 1988 he moved to Hilton Head Island and opened Smith Galleries with his wife, Jean. In 1992 Smith stopped making pottery becoming a full-time Gallerist. 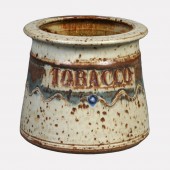 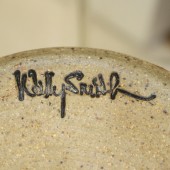