Brett Skinner is known for using a variety of clay bodies to produce wheel-thrown functional pottery.

Approximately 20% of his work is hand-built. Skinner wood-fires stoneware to cone 6, but most of his later work is Raku fired.

Skinner is known for using a variety of raku techniques –copper matte, various crackle glazes, crawly glazes, moon surface glazes and the use of horsehair, human hair and emu feathers.

Influences on his work include the work of Don Reitz, Robin Hopper, and Steven Hill.

Typical mark includes last name, Skinner, incised into clay with chop, or mark, of a person, next to it. 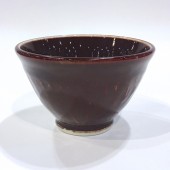 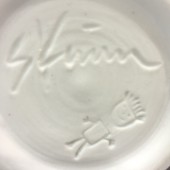 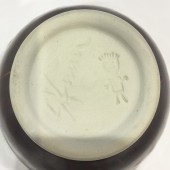