Linda Siska is known for functional stoneware and earthenware pottery.

She is also well known for raku fired work (raku: a firing technique originating in Japan. In the USA, the pot is removed from a kiln at glaze maturation, and usually immersed in a post-firing reduction of combustibles, giving part of the surface a black, smoky, unpredictable appearance; a raku pot is for decoration only).

Linda Siska studied pottery in Japan, which greatly influences her pots and her lifestyle.

Siska's typical signature is her last name scratched into unglazed base of the pot. 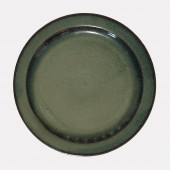 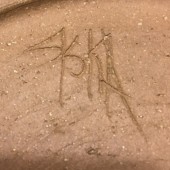 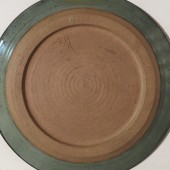