Mary became an expert on the potter’s wheel, throwing thin earthenware pots and, Edwin decorated the works using motifs that reflected his interest in spirituality and anthropology.

The Scheiers were both largely self-taught studio potters who worked together throughout their 69 year marriage. Mary and Edwin made individual works, however, these are often indistinguishable and difficult to attribute.

The Scheier’s early work is characterized by domestic wares with simple geometric motifs and soft glaze colors inspired by Appalachian Folk Pottery. At their first pottery in Virginia, Hillcrock Pottery, they primarily made small figures and functional wares.

During World War II, Edwin served as a merchant seaman. When he returned from the war, he began to use new imagery inspired by the tattoos he had seen abroad. These motifs recurred throughout his career along with imagery depicting fertility, regeneration, primitivism and creation. While Edwin was absent, Mary continued the pottery in New Hampshire. During this time she made a series of coffee pots and matching cups decorated with a restrained use of glaze, allowing the grainy texture of the clay body to show.

After the War the University of New Hampshire, like many other universities across the country, responded to the influx of students using the G.I. Bill for their tuition, by expanding their ceramics program. Edwin was invited to teach and Mary became the school’s artist-in-residence.

In 1968 the Scheiers retired and spent nearly a decade in Oaxaca, Mexico. They studied weaving and Zapotec pottery. Imagery from this experience began to appear on their works from this period and later. They lived and worked in Green Valley, Arizona for the remainder of their lives. 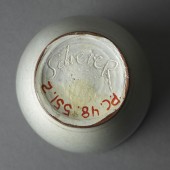 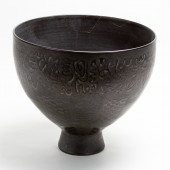 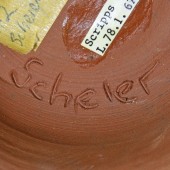 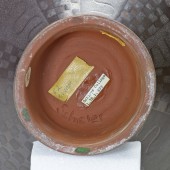 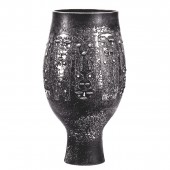 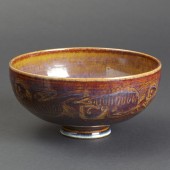 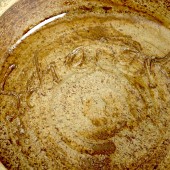 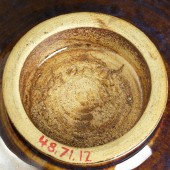 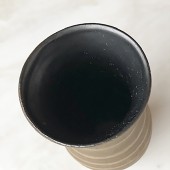 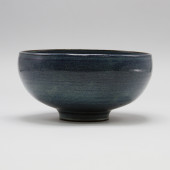 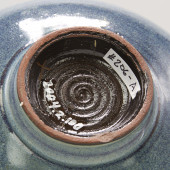