Gail Russell is known for high-fired wheel thrown porcelain functional pottery with jewel-tone glazes. Since 1986 Russel has worked as a potter at her studio, Peachblow Pottery, Sunbury, Ohio.

“GD” in a circular stamp. 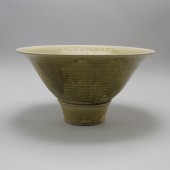 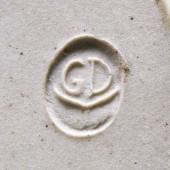 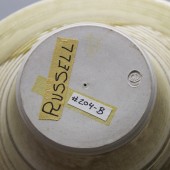