Parks is well known for his teaching including starting ceramics and sculpture departments at Knox College, Galesburg, Illinois and Pitzer College, Claremont, California, he also founded Tuscarora School of Ceramics in Tuscarora, Nevada He has conducted workshops and lectures throughout the U.S. and abroad, including Australia, Belgium, Great Britain, Hungary, Poland, Russia, and the Czech Republic. 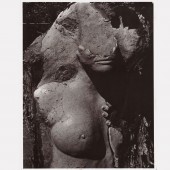