Eric Norstad began making functional stoneware pieces as a way of subsidizing his architect’s income. He is known for either thrown or slab built wares with surface techniques that included brush work and textural features.

A Louis Comfort Tiffany Foundation grant in 1957 supported the construction of Norstad’s small kiln and studio. When he expanded the business to include the production of bathroom and kitchen sinks, Norstad hired other potters to help with production, including Toru Hasegawa, Jack Sears, and Michael Campbell. Demand for Norstad sinks continued to grow and the firm built an 8,000 square foot pottery in Richmond, California. The firm continued to function until Norstad’s retirement in 1998. 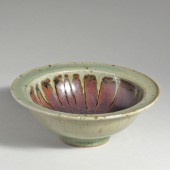 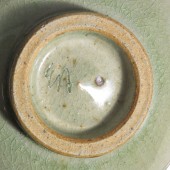