Nakamoto produced a line of functional work often focused on the bowl form and glazes he developed.  His interest in the process as well as the product led him to participate in wood firings in Elkton, OR. In 2002 he built an Anagama kiln at his studio. In addition to wood firing he used raku firing techniques.

Harry Nakamoto spent 22 years on active duty in the US Air Force and came to clay later in his life. He studied with James Lovera while working on his MA at San Jose State University. His interest in the bowl form and glaze chemistry is thought to be a result of his study with Lovera.

He credits his wife, Florence, as his partner and best critic in the creative process. 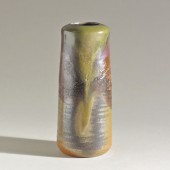 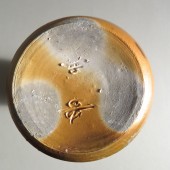 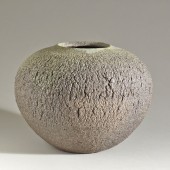 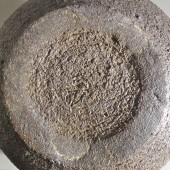