Lorna Meaden produces a large line of functional soda fired porcelain wares. Her work is thrown on the wheel and then altered by  cutting and stretching once it’s off the wheel. The drawings on the surfaces of her work are incised with an Exacto knife in the leather hard clay and then filled in with black slip. Additional color is added after the bisque firing.

Meaden’s basic firing technique was learned early and continued to develop over the years. She learned soda firing from Brad Schwieger (Ohio University Graduate School) and kiln construction from Dough Casebeer (Anderson Ranch). Meaden’s kiln was built in 2011 based on the Anderson Ranch Kiln ‘Little Vic.' Her work is soda fired in a 45 cubic foot, bounty box style wood kiln with forced air/natural gas burners, in addition to an oil burner that is sometimes used with vegetable oil.  The kiln is fired at cone 10/11 in a heavily reducing atmosphere. 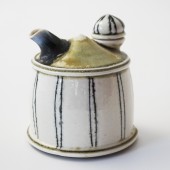 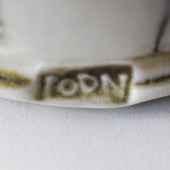 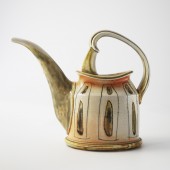 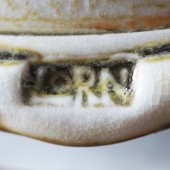 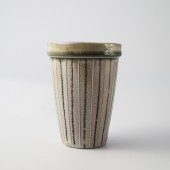 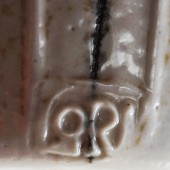 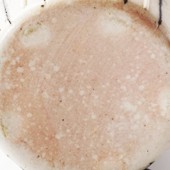 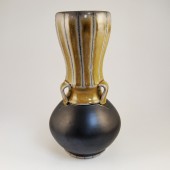 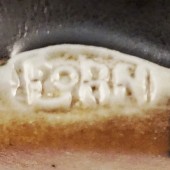 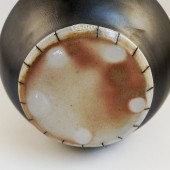 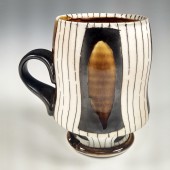 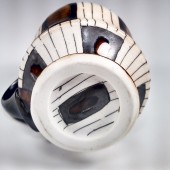