Gordon Martz married Jane Marshall soon after graduating from Alfred. Together they joined her family business, Marshall Studio. There they developed a large line of slip cast lamp bases that were given a handmade feel by the addition of incised decoration added by hand to each piece.

This method allowed the same slip cast form to be decorated with various different patterns. They also designed dinner ware and tiles used as inlay on table tops. After they sold Marshall Studio they returned to their own studios and made one of a kind functional and sculptural pieces. 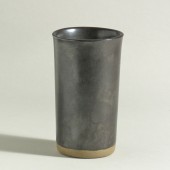 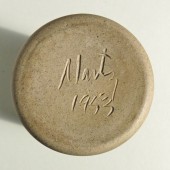