Peter Lenzo is known for sculptures based on traditional southern face jugs. Lenzo distorts the facial expressions and sometimes attaches bizarre, fantastical, kitsch, and grotesque objects onto a traditional face jug form. Some of his face jugs are more realistic portraits while others are pure fantasy.

Lenzo took his first clay class when he was ten years old at The School of Arts and Crafts in Detroit. It was not until age 14, however, that Lenzo decided to pursue clay seriously after seeing his brother turning a vessel on a potter's wheel. At the age of 15, he was given a potter’s wheel and one year later dropped out of conventional high school. Lenzo attended an alternative program to earn his diploma and throughout continued to take pottery classes.

At age 22 Lenzo was involved in a biking accident that resulted in chronic seizures. His work has been interpreted as a visual expression of the painful experience of having a seizure. Some of the face jugs are covered with found objects including shards stuck into the faces as if the head were exploding. From 1991-2001, Lenzo's work transitioned from resembling stylized traditional Southern face jugs to more realistic self-portraits. 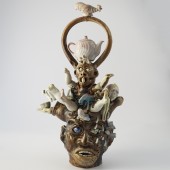 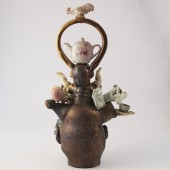 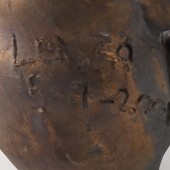 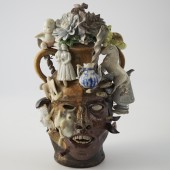 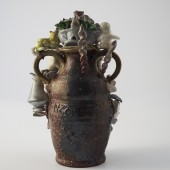 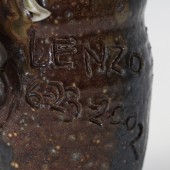 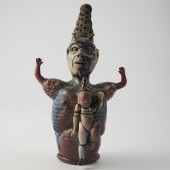 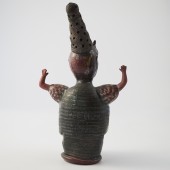 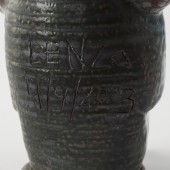 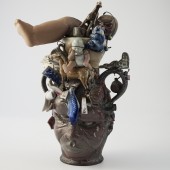 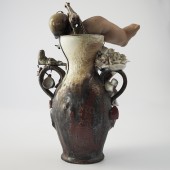 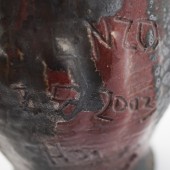