Rodney Leftwich is known for reviving forms and techniques of traditional western North Carolina pottery. Leftwich produces a range of forms including traditional utilitarian, face jugs and sculptures. His works are often intricately incised with Appalachian scenes. The incising led to carving and then to cutouts or reticulated designs on the decorative vase and lantern forms.

Leftwich’s glazes are prepared from wood ash, clay slips, crushed glass and iron rock as done locally in the 1800s. Leftwich’s interest in traditions of western North Carolina potters began in the 1970s when he collected examples, studied their forms, glazes, methods of manufacture and makers. 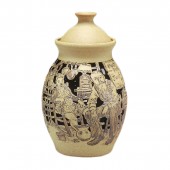 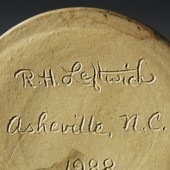 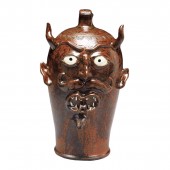 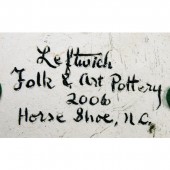 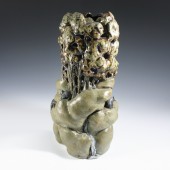 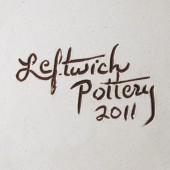 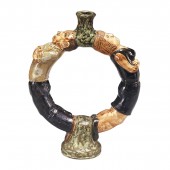 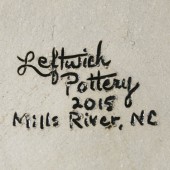 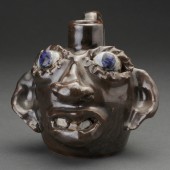 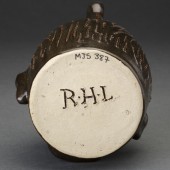