Bruno LaVerdiere produced vessels both functional and nonfunctional.  His sculptures range from abstract to figurative. He wass comfortable with the potter’s wheel however he often hand built pieces either using slabs or coil techniques.

His work was not limited by scale. Pieces range from small functional objects to large sculptural works. His ideas came from historic sites such as monuments, temples, and shrines. He was also been interested in pursuing the house image in both clay and painting.

After meeting Henry Takemoto in the early 1960s the two worked together pushing each other to explore new ceramic possibilities.

He was a Benedictine monk for 14 years before he left the Abbey in 1969 and pursued as career in ceramics. 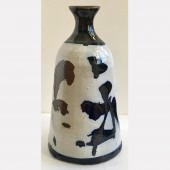 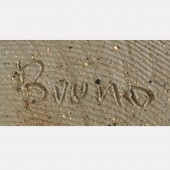 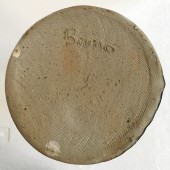 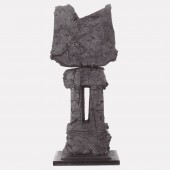 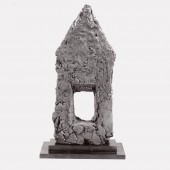