Rodger Lang's primary interest was in sculpture that he often created using mixed media, including clay and glass (which he had studied with Harvey Littleton). Lang’s most important work, The Old Pecos Museum, was begun in 1973 and was worked on for several years. Lang was interested in vessels as objects rather than as functional wares.

A fascination with pie resulted in a series of tongue-in-cheek works with pie imagery.

Lang studied ceramics with Tom McLaughlin at Cornell College then with Don Reitz and Norm Schulman at the University of Wisconsin.

In 1970 he joined the faculty at Metropolitan State College in Denver where over the next 30 years he built a ceramic department. Lang continued as its chair until his death.

Lang, or later Rlang, brushed on with red iron oxide, occasionally added after firing with a marker. 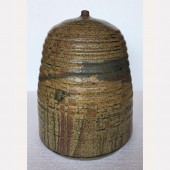 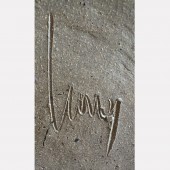 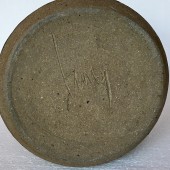 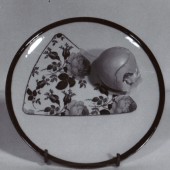 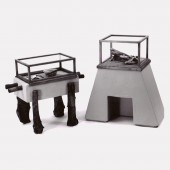