Kester studied with potter, Laura Andreson who was a strong influence. He studied textile design as well as ceramics at UCLA. 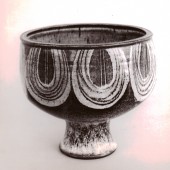 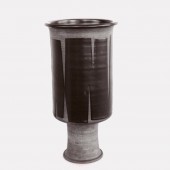