Brett Kern is known for slip-cast porcelain sculpture as well as hand-sculpted figurative work. Trained as a potter, Kern translates his interest in collecting toys and memorabilia into his work.

Other works, known as the Hellenistic Series, are hand sculpted clay. These sculptures also move through the slip-cast process. In this body of work, Kern re-contextualizes classical Greek sculpture (500 BC ̶ 200 AD) as Pop Culture Icons. Figures from television and film serve as the primary subject matter. Surface techniques in the finished state vary but may feature a verdigris-like glaze, “verdigris…  a green or greenish-blue poisonous pigment resulting from the action of acetic acid on copper.”[1] Other finishes include the addition of paint to the surface post-firing. 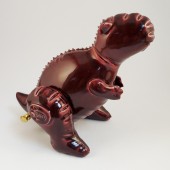 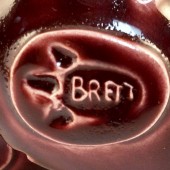 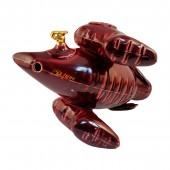