Works from 1985 to 1995 are either intricately carved low relief jars, or three-dimensional, sculptural forms. Pieces are often 4 inches or less frequently in the form of Netsuke (a Japanese carved button-like toggle[1]) and Ojime (a 3/4” to 1” cord fastener bead[2]).

About her work, Jacobson states, “During these early years, my interest and respect for what I observed and drew from nature … found its way into my work.  Drawings led to shallow-relief carving on wheel-thrown pots that over the years became smaller in scale.  The first explorations in the later 1970’s are on stoneware vessels, and then on porcelain clay vases and shallow covered dishes in the early to mid-1980’s.  The carved subjects began to tend to be more three-dimensional in the later 1980’s that were increasingly not suited to the shallow-relief carving style that fit well on the covered dishes.  The next step progressed to small, sculptural porcelain explorations that continued until mid-1995.  Drawings and attention to myriad details informed the compositions being carved into the clay.”[3]

From 1995–2015, Jacobson primarily carved boxwood in the scale of netsuke and okimono (Okimono may be a small Japanese carving, similar to, but larger than netsuke[4]). Beginning in 2016, Jacobson returned to work in porcelain and stoneware, focusing on wheel-thrown utilitarian pottery forms.

In addition to her personal creations, Jacobson was instrumental in founding and further developing the annual St. Croix Valley Pottery Tour in Minnesota for over a quarter of a century.

When I began carving stoneware and porcelain, I had no system for keeping each one-of-a-kind piece unique from another. This became problematic when similar kinds of subjects were used in pieces with different compositions. At some early point, I began with 001 and began to assign a catalog number to each unique, carved piece. In addition, I noted many details for each piece in a log-book that has been a very useful and necessary reference. At first, I did not inscribe the numbers on the pieces. Tags would fall off, galleries would remove them, etc., so I began to inscribe the numbers in inconspicuous places. For the lidded boxes, that number appears on the inside of the lid in most cases. The lid is also signed directly above the number, on the carved lid surface with a tiny “JANEL”. The bowl would also have “JANEL” inscribed within the foot ring on most pieces. The sculptural pieces were more of a problem. It was offensive to me to see my name so blatantly carved into the otherwise natural subject. At that point in time, I had not yet figured out how to make a clever and simple configuration of my initials that would be less distracting mark.

Fina, Angela and Jonathan Fairbanks. The Best of Pottery. Bloomington, IN: Quarry Books, 1996.

Jacobson uses a numbering system which began with 001 to assign a catalog number to each unique, carved piece. Initially numbers were placed on tags that proved to be impermanent, leading Jacobson to inscribe the numbers on each piece. See Artist Note below. 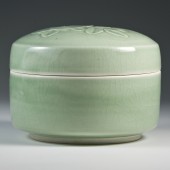 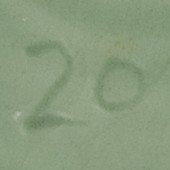 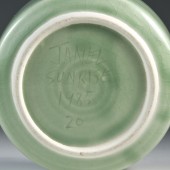 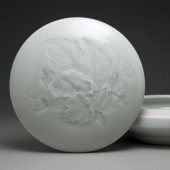 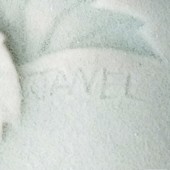 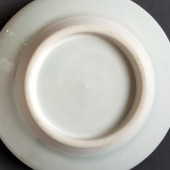 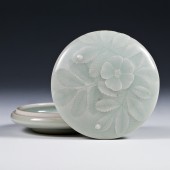 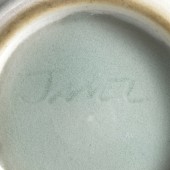 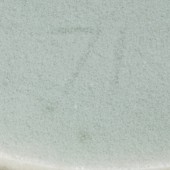 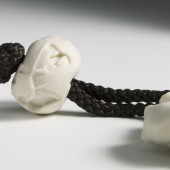 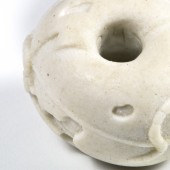 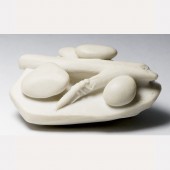 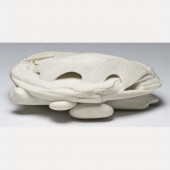 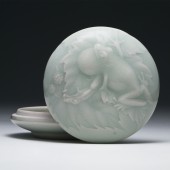 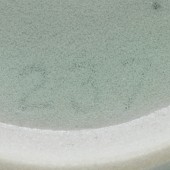 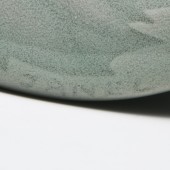 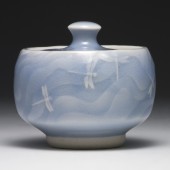 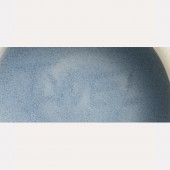 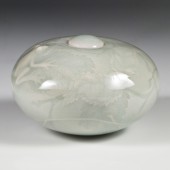 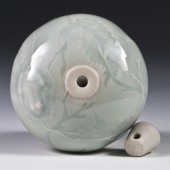 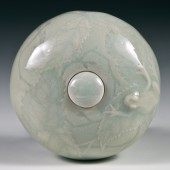 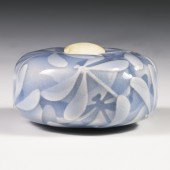 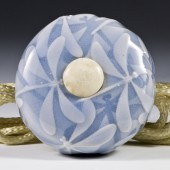 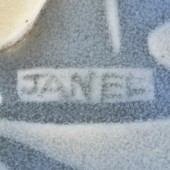 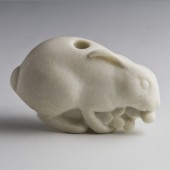 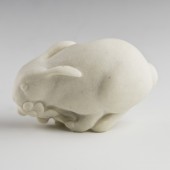 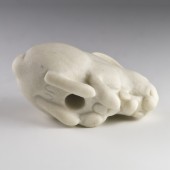 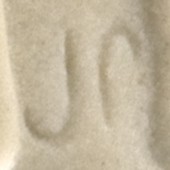 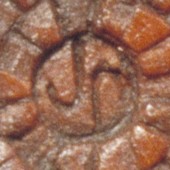