Jane Hillman is known for two distinctly different types of work: A line of functional wares which feature an underglaze painted, and abstracted animal with sponged blue borders; and hand pinched blue-and-white angel ornaments with color accents. Baby sets with the newborn’s name and birth date were an important part of Hillman’s production. In addition, Hillman was one of the first potters to have designs produced offshore with a line of salt and pepper shakers made in China.

"Early pots have my first name, Jane craved into the porcelain often with a bird on the bottom. These are hard to see so I started using cobalt slip to sign my name. Mostly it was just 'jane', sometimes with the date and with larger pieces I wrote White Dog Pottery and the date. The angels, cats, dogs, birds, and other animal figures were stamped with Jane with the copyright symbol and 1992 these marks are also hard to read," Jane Hillman. 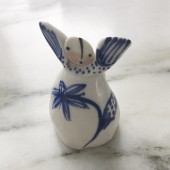 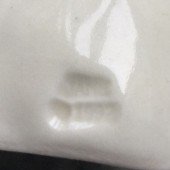 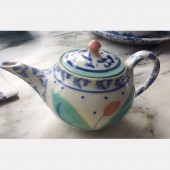 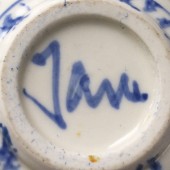 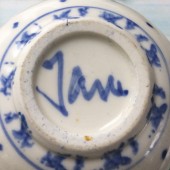 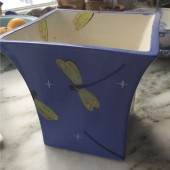 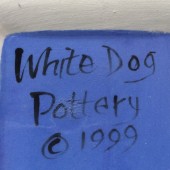 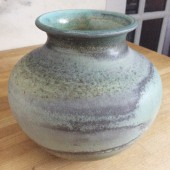 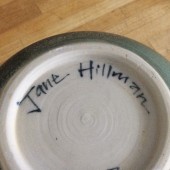