1927Immigrated to the United States

Grotell received her initial professional education in Finland at the School of Industrial Art where she studied painting, design and sculpture. After completing this education, she worked for six years with the artist-potter, Alfred William Finch.

In 1927 she immigrated to the United States and began her ceramics studies in a summer-school class taught by Charles Fergus Binns at Alfred University. She settled in New York City, taught at the Henry Street Craft School and independently did research in glazes and Art Deco patterns.

In 1938 Grotell joined Cranbrook as head of the Ceramics Department and, by the time of her retirement in 1966, is credited with reestablishing Cranbrook as a premier clay education program. Among her students were Richard DeVore, Toshiko Takaezu, John Glick and Jeff Schlanger.

In the 1930s Grotell’s surface patterns moved away from geometric designs toward textured fields with linear accents. She favored simple cylindrical and spherical forms, and sought new approaches to their surface treatment. In the 1940s she worked with unglazed colored clay vessels that had tooled or textured surfaces. This approach was also used by Glen Lukens, Marguerite Wildenhain and Laura Andreson. During this period, Grotell continued her research into glazes and glaze problems.

In the 1950s she worked with merging the two techniques of multiple colored slip layers and the next generation of ‘bubbled glaze’ surfaces. She was able to create an overall highly textured and animated surface by cutting through the surface glaze to the colored contrasting slips beneath.

The Maija Grotell papers including correspondence, memorobilia and photographic files from a Gift of the estate of Maija Grotell, 1974 and 1975, are housed in the Special Collections Research Center, Syracuse University Libraries, Syracuse, New York. A finding aid is available at:
http://library.syr.edu/digital/guides/g/grotell_m.htm. 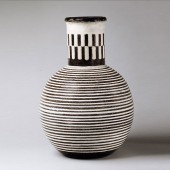 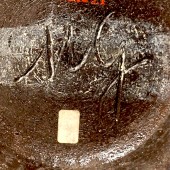 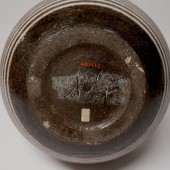 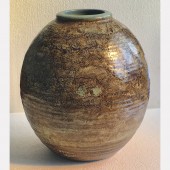 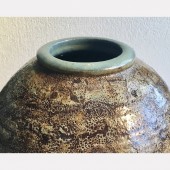 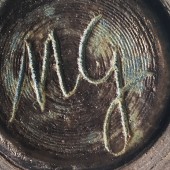 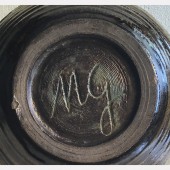 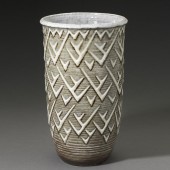 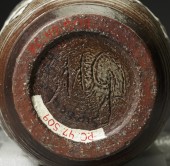 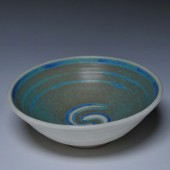 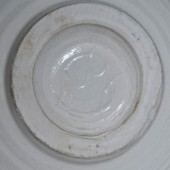 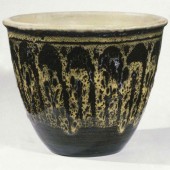 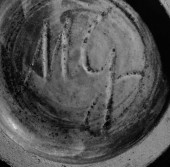 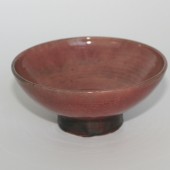 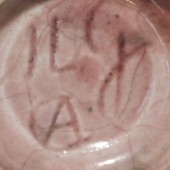 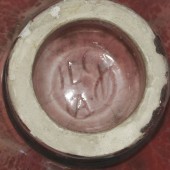 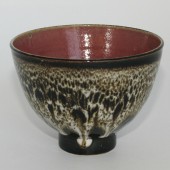 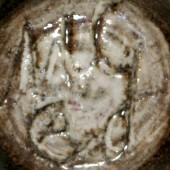 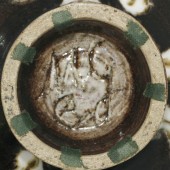