William Gordy is known for functional pottery produced in the Georgia tradition. He went on to move away from traditional forms and glazes. He developed a number of new glazes he used on his wood fired pottery.

He learned his first pottery skills from his father, W.T.B. Gordy and was making pots by age 14. He also learned wood firing from his father who had a large wood kiln and early in his career also wood fired his pieces.

Gordy began working with clay from the Flint River area, then went on to learn how to develop his own blends. He used Georgia Kaolin, Ohio stoneware, Ohio red clay and Kentucky ball clay. While in Kentucky he learned glaze chemistry from Edsel Rule a visiting professor from the New York State College of Ceramics Arts at Alfred New York.

By anticipating a market for decorative utilitarian wares Gordy was able to change his approach and materials and prospered at a time when many potteries in the southeast we closing. Gordy is credited with being one of the first Georgia potters to move beyond what were considered folk art forms, common functional utilitarian styles, to more artistic pieces. His early use of colored glazes on his work set it apart from other area potters. He experimented with chrome, cobalt, tin and zirconium, silica, talc, feldspar, bentonite, copper, lime and many other chemicals to produce different colors A glaze he called “Mountain Gold” is one of his most well know developments. 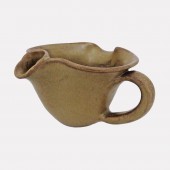 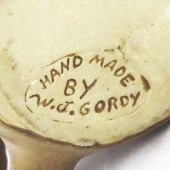 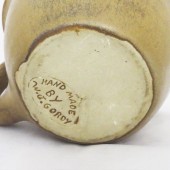 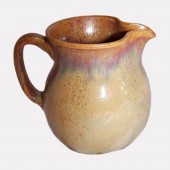 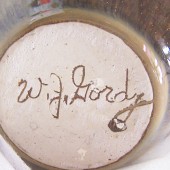 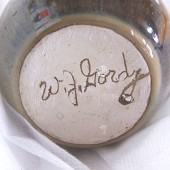