Lou Ann Gallanar, called LA Gallanar, is known for hand-built small scale sculptures as well as kick wheel thrown pottery. Work is raku fired’ In the 1990s Gallanar began to burnish her work with smooth river rocks to burnish the surface. This is also the period when she began to fire objects in saggars with packed straw, saw dust or metal filings[1] .

In 1968 Gallanar learned to hand build but when the family moved to Indiana, Pennsylvania in 1970, she took clay classes at Indiana University of Pennsylvania. There she learned to wheel throw on an electric wheel and to raku fire. On a field trip to Washington, DC with Professor Don Hedman, Gallanar and her classmates were able to hold and handle ancient bowls and shards. Gallanar recalls being connected to the ancient hands that made these objects.[2] Sometime later, after a hiatus from kick-wheel throwing, Gallarnar returned to hand building and created a series of “handlings”, small scale objects meant to be held and handled.

In later life Gallanar was no longer able to raku fire and incorporated leaves and rolled them into the clay surface or used steel wool or metal on the surface to create interesting effects when fired. 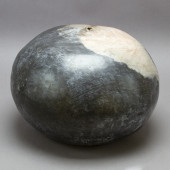 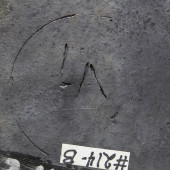 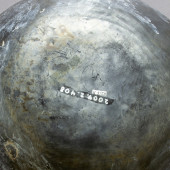