Ken Ferguson is known for wheel thrown and slab built pots. His work embodies the mid-20th century aesthetic shift away from purely functional vessel forms to a more expressive pot that references the functional vessel. Most of his work is high fired stoneware although he used a range of materials and techniques including, porcelain, low temperature firing, thrown, hand-built and cast ware. Occasionally he used salt or raku firing.

Much of his work draws inspiration from folklore and European, Asian and American mythology. His trip to Japan in 1973 reinforced his belief that the act of repetitive throwing of a particular form would lead to true improvisation.

He was heavily influenced by Japanese wares, both Bizen and Oribe. The Bizen pottery influence can be seen in his wood firing experiments. In order to create rich and varied surfaces, Ferguson wrapped pots in straw and dispersed salt and other organic materials around a wood-fired kiln.

Ferguson absorbed the Oribe tradition by incorporating limp flesh-like and body-fold references in the finish of his exaggerated, gestural pot forms. In the 1980s the animal forms, frequently hares, found on his early work grew to be increasingly important, sometimes becoming the entire piece.

Ferguson began developing the ceramics department at the Kansas City Art Institute in 1964 and was its head when he retired. Under Ferguson’s influence KCAI became one of the most important ceramics schools in the United States.

Peterson, Susan. The Craft and Art of Clay. Woodstock, NY: The Overlook Press, 2000. 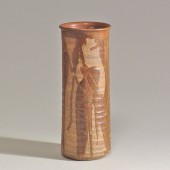 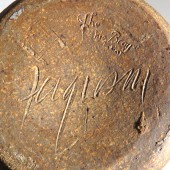 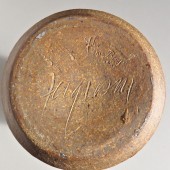 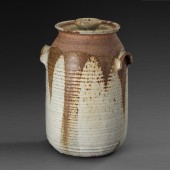 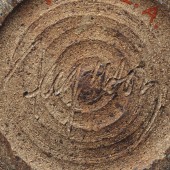 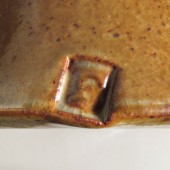 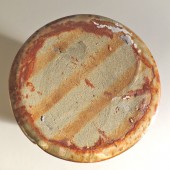 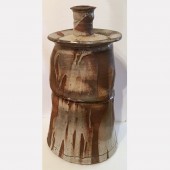 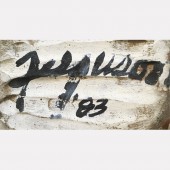 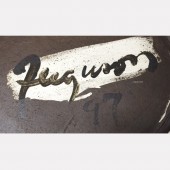 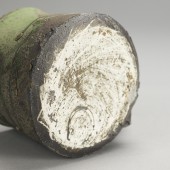