Mary Farrell is known for earthenware pots using the surface technique of slip trailing. Farrell uses local red clay and decorates with simple slip designs to express her interest in the historical pottery of North Carolina and replicate the wares of 17th, 18th, and early 19th century pottery.

Born Mary Livingston, Farrell is originally from Halifax, Nova Scotia, and moved to Durham, North Carolina with her family when she was two years old. From an early age, Farrell had an interest in clay and began taking classes at ten years old. Her mother, Bertha, would also take her to visit potters in the Seagrove and Sanford area. 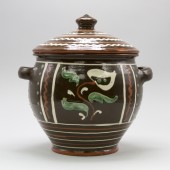 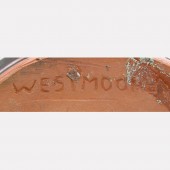 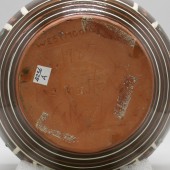