1966Immigrated to the United States

Duckworth created a place for clay as a sculptural medium at a time when it was not a widely accepted. As her career developed her work became increasingly minimal. She is most well-known for the ultra-smooth, unglazed, white porcelain surfaces of her work; however, she occasionally added stains of ceramic oxides. Later in her life she began to cast forms in bronze.

In 1936, at the age of 16, Duckworth, barred with all Jews from attending university, left Germany for Liverpool, England. In England she moved through many jobs gaining a myriad of experiences. She carved wooden puppet heads,  grave stone, and made molds for Lucie Rie’s ceramic button business.

At Rie’s studio, Duckworth met ceramist Hans Coper who was also involved with making buttons. She met sculptors Jacob Epstein and Henry Moore who encouraged her work. By the 1950s Duckworth was working in lead and bronze, welded and cast, as well as in wood.

In 1955 Rie suggested that Duckworth return to school to learn more about pottery. Duckworth first enrolled at the Hammersmith School of Art. At the time, Hammersmith's ceramic curriculum was committed to the philosophy of Bernard Leach, honoring the traditions of the potter’s wheel, clay and the vessel form.

Duckworth quickly moved to the progressive Central School where she was taught by Dora Billington to slip cast and work with porcelain. The Central School was home to Gilbert Harding-Green, Ian Auld, Gordon Baldwin, Gillian Lowndes, Bill Newland and Dan Arbeid, among others. In the early 1960s Duckworth had her first one woman show at Henry Rothschild’s Primavera Gallery and her work was seen and appreciated as a new and innovative approach to clay. In the early 1960s she set up her first studio and bought her first electric kiln using German government compensation for the denial of education in 1936. Duckworth became a master at coil building stoneware sculptural forms and during this period she began to experiment with porcelain.

In 1966 Duckworth moved to the United States to teach at the University of Chicago and continued there until her retirement in 1977. She received her first major architectural commission and created the monumental four-hundred-square-foot stoneware mural, Earth, Water and Sky (1967-1968) at the University's Geophysical Science Building. This was followed by Clouds Over Lake Michigan (1976) for German Dresner Bank (Chicago), now reinstalled in the Chicago Board of Options Exchange.

An interview with Ruth Duckworth conducted April 27, 2001 by Kenneth Trapp, for the Archives of American Art's Nanette L. Laitman Documentation Project for Craft and Decorative Arts in America is available at:
http://www.aaa.si.edu/collections/interviews/oral-history-interview-ruth-duckworth-12764.

Ruth Duckworth seldom signed her pieces, however occasionally she would carve an "R" into the foot as shown in the image below. The important identifier for her work is the five digit number added to the piece post firing. These numbers came into use in 1984 and contain the code for when the piece was made. In the example 19886 the last 2 digits indicate the piece was made in 1986. The first three identify it as the 198th piece made that year. Six or seven digit numbers were put into use with the fourth and fifth digits indicating the month therefore 198289 would have been the 198th piece made in February, 1989. See image below. (Phone conversation with Thea Burger, December 2014.) 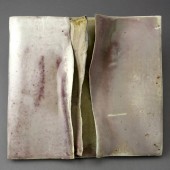 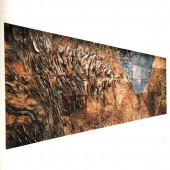 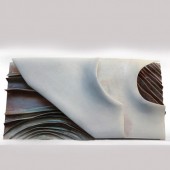 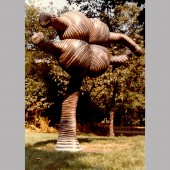 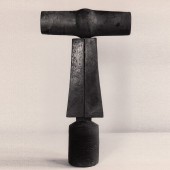 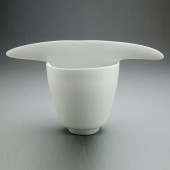 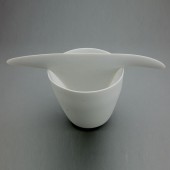 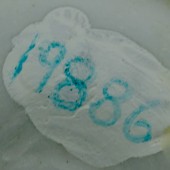 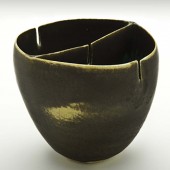 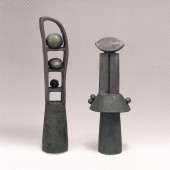 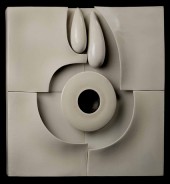 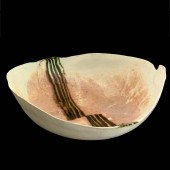 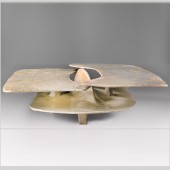 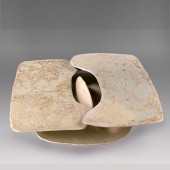