Eddie Dominguez is known for work based on the ordinary things of daily life infused with his point of view: references to his ethnicity, political and social commentary and gender issues. Functionality is not important although many of the objects he makes are in the form of functional objects. Often dinnerware sets are stacked or arranged to create flower gardens, aquariums or in cupboards. All of Dominguez's work is characterized by deeply saturated color.

Dominguez went to art school to be a painter and a sculptor. An independent study program in painting led him to Peters Valley Crafts Center. Impressed by the community nature of the clay world he gradually moved from painting to working with clay. In graduate school at Alfred he studied with Wayne Higby and Tony Hepburn. An early interest in holidays, especially Christmas, helped him see the ways things can be transformed and appear differently from day to day.

An interest in the figure has been present throughout his career. He has created a number of highly decorated, brightly glazed, wall-hung torsos. Religious imagery, especially the rosary, has shown up in his work.

Although often thought of as a clay artist Dominguez never saw himself as only a clay artist, demonstrated by the range of the materials he has used in his work.

An interview with Eddie Dominguez conducted on July 27, 28 and August 1, 2006, by Stephen Fleming, for the Archives of American Art’s Nanette L. Laitman Documentation Project for Craft and Decorative Arts in America is available at www.aaa.si.edu/collections/interviews/oral-history-interview-eddie-dominguez-13566. 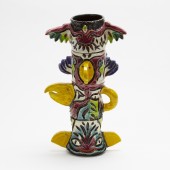 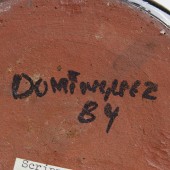 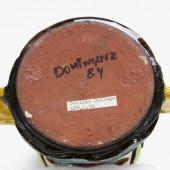 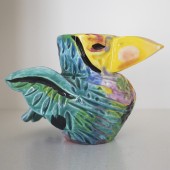 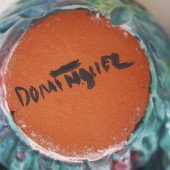 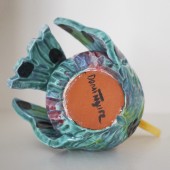 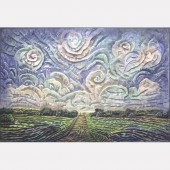 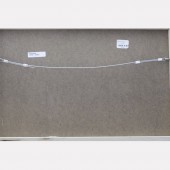