Stan Cheren is known for wheel-thrown or slip-casted terracotta pottery finished with up to 6 applications of majolica base coat and colorful decorations. Work is often fired several times to build up the surface and design. Work is first bisque fired then Cheren uses a majolica technique of first applying an allover majolica white base coat. Next, the color design is painted directly over the unfired white majolica base coat before firing.  This sequence can be repeated several times and may require Cheren to fire his work at cone-4 up to 6 times.

Cheren's decorative techniques include sprigging and incising. Cheren uses native terracotta for his throwing body and casting slips. Added sculpted animals are a feature in Cheren's work as is painting directly on the base white majolica coats.

Cheren is steeped in the North Carolina Pottery tradition. He initially produced high fired stoneware and began to develop a focus on terracotta out of necessity. During an extended stay in Los Angeles, California he found it difficult to locate high fire kilns to fire his stoneware work.  This prompted him to explore low-temperature electric firing processes. 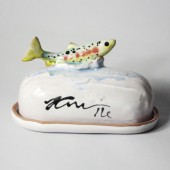 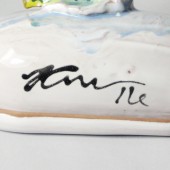 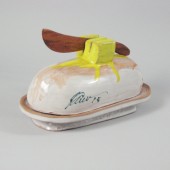 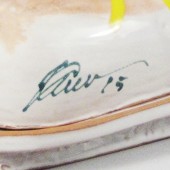 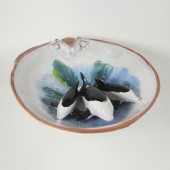 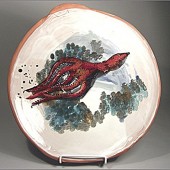