Chamber's pottery is created using hand built or wheel throwing techniques. She creates drawings of machinery, animals and figures in various combinations on the surface of her wares. Some pieces include decals of flora and fauna.

Tableaux works are developed on faux stages which contain figures that typically share common traits. Giving the sense of a crowded curio cabinet, content includes stories from childhood where fairy tales typically collide with television and comic book themes. Personal and cultural connections to both fairy tale and media themes are used to develop the bulk of the narrative in Chalmers' Tableaux series. Sculptures are created using clay and mixed media.

Chalmers' 'Collections' series reference a 'cabinet of curiosity'. Sculptures are created with clay and mixed media, and often feature the figure and pottery arranged in the style of a still life. Chalmers creates several individual "believable, but fake collectibles" which make up the series. When creating these works, Chalmers envisions how a collector arrange their collection. She examines displays as a misrepresentation of facts (especially of the historical past) and creates intentional plays on facts – with history, with current information, and with her own work as well.

Copeland, Colette. “Figuration at the Clay Studio.” Ceramics Art and Perception, no.87 (2012). 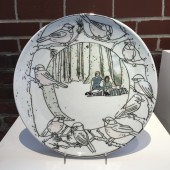 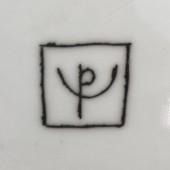 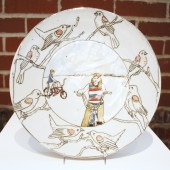