Robert Carlson is known for wheel-thrown vessels finished with experimental surface techniques, such as gold leaf, matte copper, and post-firing application of enamel paints or Prismacolor. Some work is pit fired.

Carlson is considered to be an early figure in the American Fine Craft movement. He served as president of the Highland Rim chapter of the Tennessee Association of Craft Artists.  In 1999 Carlson was Tennessee Art Commission Artist of the Year.

Gamble, Harriet. “Finding Your Own Voice: An Interview with Marilee Hall.” Arts and Activities, Vol. 119, March 1996.

Inscribed “Carlson” in cursive, with a year attached. 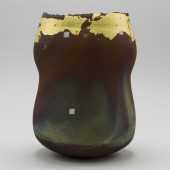 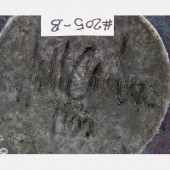 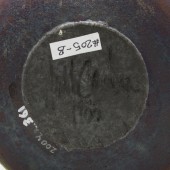 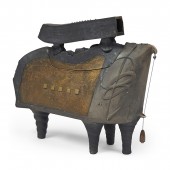