Ed Byers and Holden McCurry collaborate on ceramic sculptures and some functional pottery. McCurry and Byer’s sculptures are built from slabs, extrusions, coils and pinched forms that are then combined with mixed media materials.

In 2002, McCurry began making prayer chapels and towers, which have been developed with Byers and become a common theme in their work. Each tower includes a fold of paper for writing a message or prayer within the sculpture. The surfaces are often textured with found objects that usually come from nature (Driftwood, rocks, corals) and with handmade ceramic stamps and roulettes. Terra sigillata, underglazes, slips, oxides, and sgraffito are also used to create illustrations, decoration that are often representational. 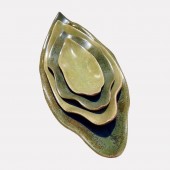 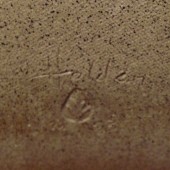