His father, Louis Brown, and grandfather, Davis P. Brown, were masters of the face jug. Charlie makes face jugs some of which are 50 inches tall and he reports* sculpting a face jug can take up to 6 hours.  He and his brother, Robert, are 10th generation North Carolina potters. They took over Brown’s Pottery from their grandfather, Davis, who founded Brown’s Pottery in 1924. During much of the time Charlie and Robert ran the pottery they not only produced their own line of functional work but also made ceramic cookware for Societe Industrielle Vallaurise A.M., a French company for sale in its New York City store. * The brothers worked together until 1988. Charlie and his wife, Jeanette Brown, continued running Brown’s Pottery from 1988 onward.

From its founding the Brown’s Pottery family dug their own clay from the same pit in Fletcher, North Carolina. Today (2017) the components of the clay mix are purchased commercially and formulated in house.  Charlie, and sometimes his son, throw all the pots. After handles are attached and the pottery has dried, Charlie’s wife, Jeanette, finishes, glazes and fires all turned wares. She chooses glazes that blend and drip on the bowls, vases, jars, colanders, sushi dishes, and butter trays. Early on Jeanette took a strong hand in running Brown’s Pottery including changing the glaze pallet from the traditionally used solid dark brown colors. She learned to formulate glazes, uses them to create a bright combination of tones and colors, all applied by hand, never sprayed. Initial colors introduced were blue, green and yellow. Charlie’s father, Louis, trained Jeanette and passed on his extensive knowledge of finishing, glazing and firing pottery.  Initially Brown’s Pottery fired in a wood burning groundhog kiln. This kiln continued to be fired occasionally even after the pottery converted to Gas firing (1948) and the installation of an electric kiln (1970s). A flood in 2016 destroyed the electric kiln and restricted Brown’s Pottery production. As of October 2017 Brown’s Pottery is still recovering from that event.*

The environment of the pottery, early training and fascination with throwing are the memories of Charlie’s childhood. “…When Grandpa (Davis P. Brown) saw that we were trying really hard on the wheel, he would come over there and help us, and even today, as long as I've been doing this, and as many pieces of pottery as I've seen, I can stand for hours at a time and watch someone turn. You can always learn something. You can just learn the different ways of moving your hands. Everybody does it different. Everybody ties their shoes different, but as long as you get your shoe tied, that's what is important.”  Charlie reports that he began making pots when “daddy put me on the wheel” at the age of two. *  Childhood was about the pottery and the family working with clay. At five Charlie and his brother demonstrated throwing for Greyline Bus Tour audiences. As teenagers Charlie and his brother’s first trip away from their home area of NC was to demonstrate turning pottery at the Montreal World Fair (1967).

The Brown family is believed to be the longest continuous pottery making family in the US. They came from England in the early 1700s, and are credited with being the first to make face jugs in America. Charlie’s son is the 11th generation of Brown family potter in North Carolina. 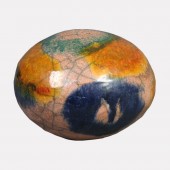 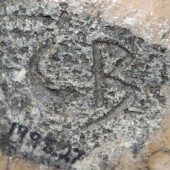 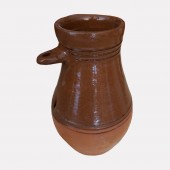 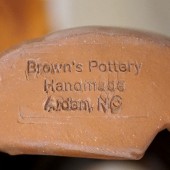 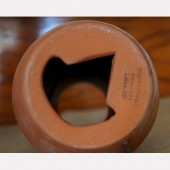 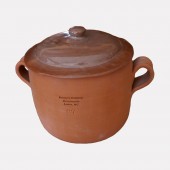 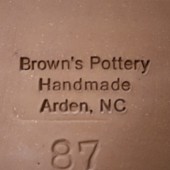 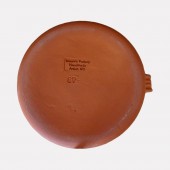 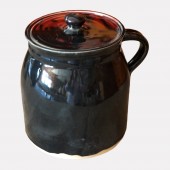 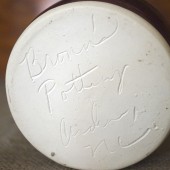 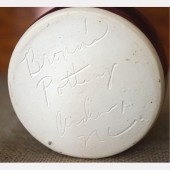