Robert Briscoe is known as a functional stoneware potter. Signature forms include covered jars and flat-sided bowls, tall vases and baskets. Briscoe strives for a sense of plasticity in the finished state. His work is marked by a minimalist approach to form with rough surfaces and dry glazes.

Using softer-than-average stoneware clay, his work begins on the potter's wheel. After developing thrown forms, Briscoe moves his wares through a series of alterations during the drying process. Briscoe often begins by changing the shape of the wheel-thrown piece in the wet stage. Typical off-wheel alterations include, paddling, denting and bending the walls of pieces using basic boards. Another staple of Briscoe’s work is the use of a ribbon tool for his vertical fluting patterns.

Briscoe is focused on earth toned ash glazes which develop subtlety and nuance and finished surfaces often of cracked and marred whites. In conjunction with colored slip application, ash glazes, round out Briscoe’s aesthetic.

In addition to his personal creations, Briscoe is a steward of the ceramics field. He is an avid supporter and founding member of the annual St. Croix Valley Pottery Festival, and has participated in regional arts advocacy initiatives throughout his career. 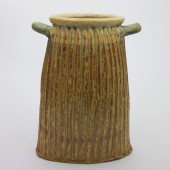 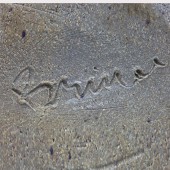 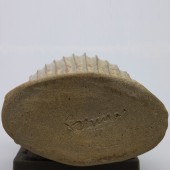 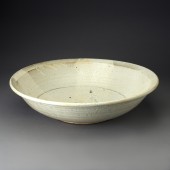 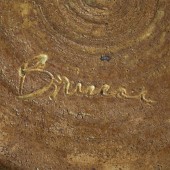 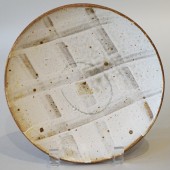 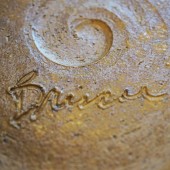 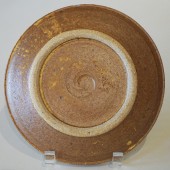