Wayne Branun is known for slab-built or wheel-thrown functional utilitarian pots.  Early pots show the influence of Asian and American traditional ceramics while Branun’s background as an architect can be seen in some slab-built forms.

Time spent building a wood-fired kiln on Warren McKenzie’s property allowed him to work closely with this accomplished potter.

Wayne Branum uses several marks, variations of the capital "W" as well as a capital "B" 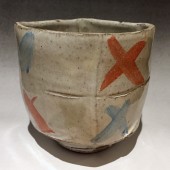 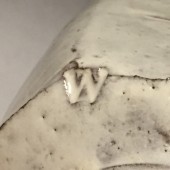 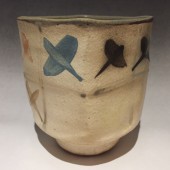 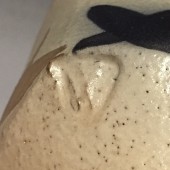