Paul Bogatay is known primarily for animal sculptural forms and for his dinnerware designs. Early in his career, Bogatay formed part of a group of artists using ceramics as a serious sculptural medium. In his sculpture, Bogatay emphasized the natural beauty of clay.

In the late 1920s, Bogartay studied with Arthur E. Baggs at the Ohio State University. Later, in the early 1930s, Bogatay was selected as a Rockefeller Foundation Fellow to design dinnerware prototypes to be made available, at no cost, to manufacturers to mass-produce inexpensive well-designed dinnerware for everyday use in the American home. Due to the great depression, production was limited, however, this work influenced many subsequent dinnerware designs in America.  During the period of his Rockefeller Fellowship, Bogatay was supervised by Richard F. Bach of the Metropolitan Museum of Art and by his mentor and teacher Baggs.

Bogatay’s work along with that of Baggs represents a transition both from commercial art potteries and American Art Pottery to American Studio Pottery and Ceramics. For over three decades, Bogatay taught ceramics and design at Ohio State University.

Peeler, Marj, and Richard Peeler. “Potters of US and Japan.” DVD 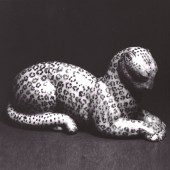 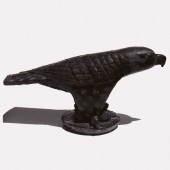 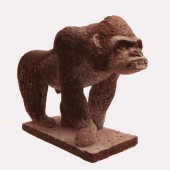 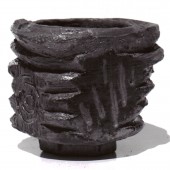