Craig A. Bird is known for thrown, hand built, and thrown-and-altered eartheware, stoneware, and porcelain functional pots. Surface techniques include painted, glazed and slipware – the application of slip (a mixture of clay and water) at the leather hard stage.

Bird studied with William Henry Klock, Warren MacKenzie and Jeff Oestriech all of whom greatly influenced his choice to make pottery rooted in function.  In addition he studied in Japan with Kohyama Yasuhisa.  Other influencers include the potters Michael Cardew and Kawai Kanjiro.

One vertical line intersected by five horizontal lines spaced equidistance apart, scratched into base of pot. According to Bird, this mark used for a short while on the ishime (Japanese word for ‘stone texture’) pots and was meant to be seen as something akin to a Neolithic mark. 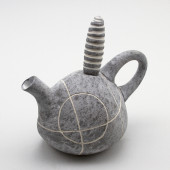 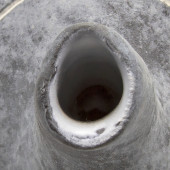 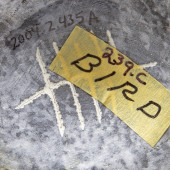 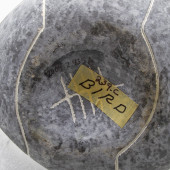 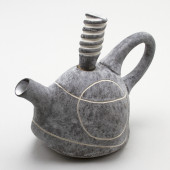 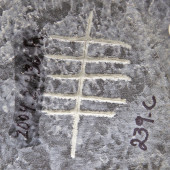 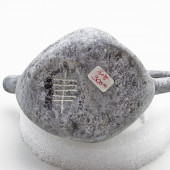 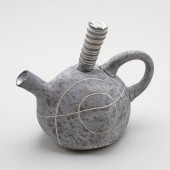 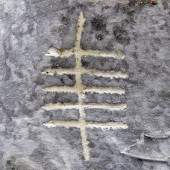 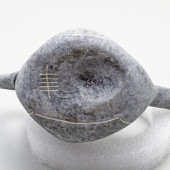 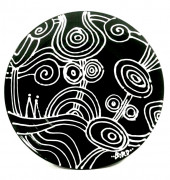