Wayne and Laurie Anderson are known for functional stoneware pottery.

The husband and wife team work in tandem at Montana Winds Pottery. Wayne creates each form from clay on the potter’s wheel, often with bands of varying texture. Laurie works primarily as a glaze technician, formulating each glaze to complement her husband’s pottery. Wayne ultimately credits his wife with making the pots ‘better to look at’.

Wayne Anderson worked towards perfecting air tight ceramic containers and jugs as early as the 1970’s: helping pave the way for future artists to enrich the craft beer industry with handmade ceramic growlers. Wayne is also known for round bottom forms, created during the same time and beyond. In addition to pottery, he also creates historical watercolors.

Aside from their personal creations, both Wayne and Laurie are committed to working for their community. Both serve as a conduit to the larger ceramic field for rural Conrad Montana. For decades, they have taught countless individuals in a variety of settings and maintain a ceramics gallery in downtown Conrad, Montana. 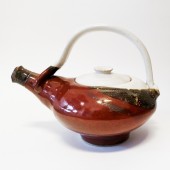 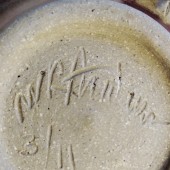 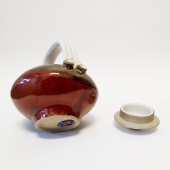 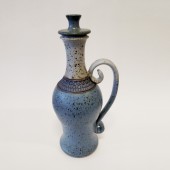 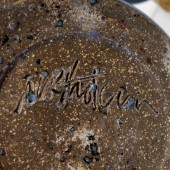 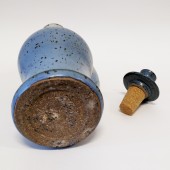 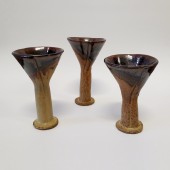 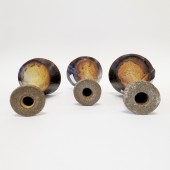 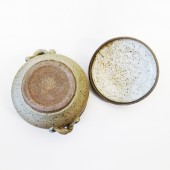 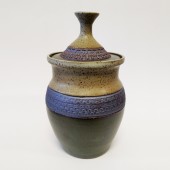 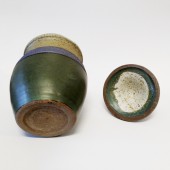 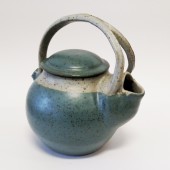 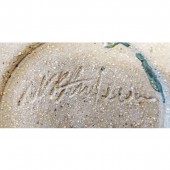 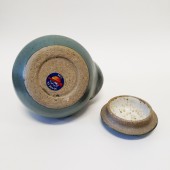