Kurt Anderson is known for creating a wide range of thrown porcelain domestic vessels. The surfaces are covered with incised lines and glaze that all but eliminate the negative spaces and flatten the image.

Kurt Anderson’s primary influence is comics, especially Godzilla, which were an early influence on his artistic sense that continues throughout his career. Many of his open line drawings are witty referencing line techniques of the comics, graffiti and advertising. Elements of the design are drawn with incised black or colored lines that may be filled in or embellished with colored glaze. Another reference is flowers typical in Chinese pottery. 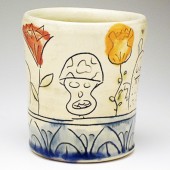 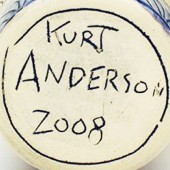 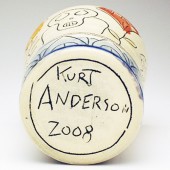 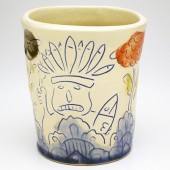 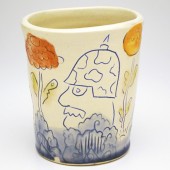 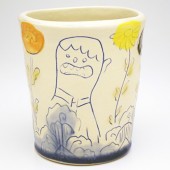 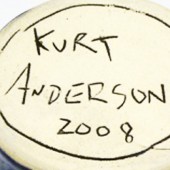 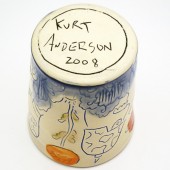 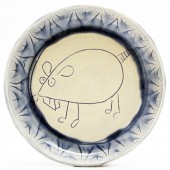 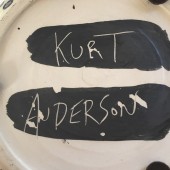 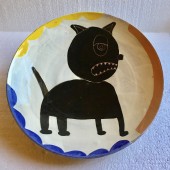 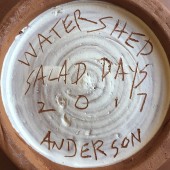