When employed, decorative motifs may include plant, birds, and animals. Jones’ pots are characterized by a broad strong rim which in addition to their aesthetic value are very helpful when stacking a kiln. The glazes that Jones creates reflect his Southern heritage and the influence of 19th -and 20th-century pots. Work is fired to 2300 degrees.

Jones has written, "It is important that my work is grounded in the Carolina traditions that go back 150 years, but I feel quite free to incorporate a modern sensibility and ideas from other cultures." Influences of classical Chinese and Mediterranean pottery can be seen in his forms and surface decoration.

One of Jones’ monumental jars, The Rooster Refutes Envy, (2011), records Jones slip-trailed response to a speech Garth Clark made about his view of craft. It is important to read Jones text below, in context of what Elaine Levin discussed in her 1988 book, The History of American Ceramics from Pipkins and Bean Pots to Contemporary Forms. Levin presents three trends in pottery that emerged between WWI and WWII: the traditional folk pottery vessel, the expressive or “American Modern” vessel, and the influence of industrial design. It is the divergence of the traditional folk pottery vessel and the expressive vessel, or “American Modern,” which Jones is reacting to. This divergence in approach to clay has evolved over the ensuing years. Although each trend advanced with energy and excellence of execution, a friction between the makers of the two branches of approach grew, as it appeared the traditional vessel forms of craft heritage were not recognized by some of the trend makers of the period.

The Rooster Refutes Envy, executed in a traditional folk style by Jones in 2011 – with the embedded slip-trailed retort to Garth Clark’s craft view – is reinforced by Jones' contemporaneous blog posts
(http://jonespottery.com/critique-of-a-critic-rising-to/) and provides primary source documentation of the veracity of Levin’s observation. Transcribed by The Mint Museum, the text is in order of the sides of the vessel from top to bottom and reads as follows:

“Of course if you run the Math it may actually add up. But Look at it from Foghorn

(AKA Matt Jones) Leghorn’s common sense point of view. The sly bombastic and

LEVITY is the KEY keep ‘em sunny side up!

“I am NOT a Craft writer. My background is in the Fine Arts.”

If you want to insist on this How are you not a Craft Writer?

“How Envy Killed the Craft Movement: An Autopsy in Two Parts”

Did Someone just lay an EGG?  (Stink)

Can Craft be so easily separated from its Movement?

I see myself and other Crafts people as Grass-Roots Organizers & Educators. Aren’t

the Galleries that carry our work part of the movement? What about the ACC, the

Boy I said Boy That just don’t Add Up!

Transcription courtesy of The Mint Museum. 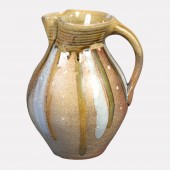 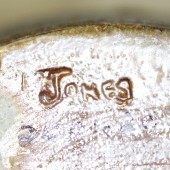 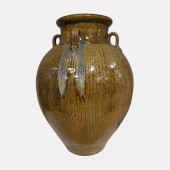 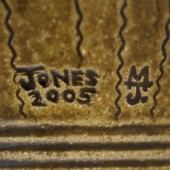 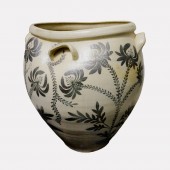 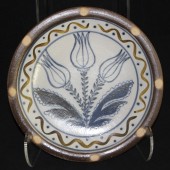 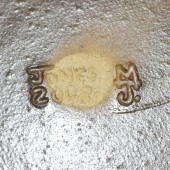 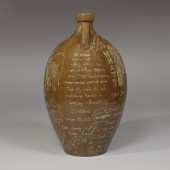 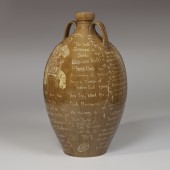 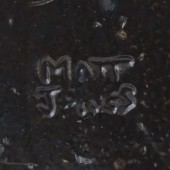