Lynn Duryea is known for a wide range of thrown functional work as well as a large body of primarily slab constructed terra cotta sculptures.

Duryea employs cut tar paper templets as patterns for her sculptural terra cotta components. Duryea also creates mixed media sculptures using the clay components with metal. Her sculptures can range in size from pedestal pieces to 8-foot-tall objects. The surfaces of both the functional and sculptural work are finished using a combinations of slip, glaze and underglaze techniques.

Duryea’s work has been influenced by a variety of structures, everyday domestic objects, tools and implements, architecture, and alphabet letters.

Duryea says of her sculptural work, “My favorite part of the process, fitting together parts and pieces is, engaging and challenging: beginning with flat tar-paper patterns, translating those patterns to dimensional form, constructing the clay elements, and joining the pieces together by stacking or intersecting. Slab construction, particularly the wrapping and bending of slabs, allows me to achieve the kinds of streamlined reductive forms in which I am interested……..While it is possible to generate hand built clay forms in a variety of ways, it is the sheet-like quality of slabs that generates the profiles I find appealing.” 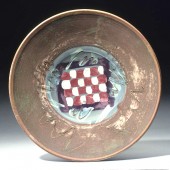 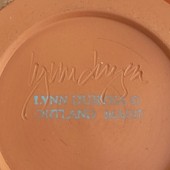 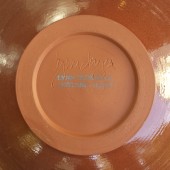 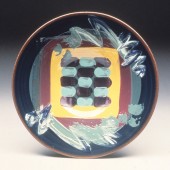 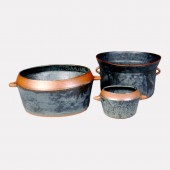 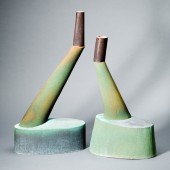 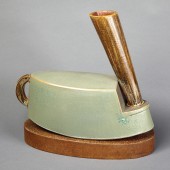 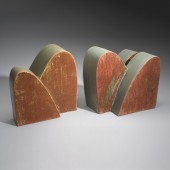 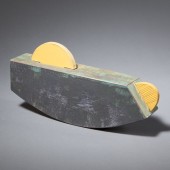 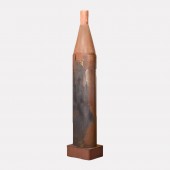