Marek Cecula immigrated to the United States in 1976 after studing ceramics in Israel and working in Brazil. Cecula’s most important contribution to the ceramics field is the ease with which he moves between design, craft and sculpture. He has shown makers that nothing they do exists in isolation and each decision influences another. His work is strongly influenced by industrial processes and materials. In 1976 he immigrated to the USA settling in New York City where he established his first studio and gallery, Contemporary Porcelain.  In 1995 he founded Modus Design in New York, NY. Modus produces the domestic wares he designed for both mass production and limited editions.  An example of this production is Colorware, a mix-and-match approach to dinnerware with bright colored reserves within black rimmed plates. Cecula’s use of decals, repurposing of laboratory vessels and his re-firing of traditional porcelain pieces are examples of his interest in the exploration of industrial objects.

Cecula worked series such as Scatology Series consisted of multiples covering gynecology, AIDS, and the medical side of sanitary porcelain. In 2002 Cerula created the Porcelain Carpet, a commission from Grand Arts, a Kansas City non-profit art space and consisted of three phases:  Phase I, three 12 by 16 foot rectangles each made of 144 plates arranged in grids directly on the floor consisting of commercially produced white blanks; Phase II, using digital photography and printing, the black line image of an oriental carpet is printed on the plates; and in Phase III the color image is printed creating the Porcelain Carpet, a porcelain floor installation, appearing to be an oriental carpet but not to be walked on.

An interview with Marek Cecula conducted May 19-20, 2009, by Mija Riedel for the Archives of American Art’s Nanette L. Laitman Documentation Project for Craft and Decorative Arts in America is available at  www.worldcat.org/title/oral-history-interview-with-marek-cecula-2009-may-19-20/oclc/849931258. 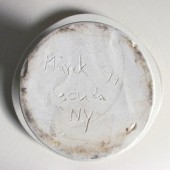 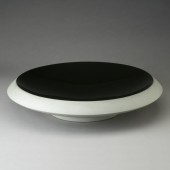 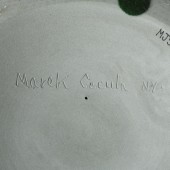 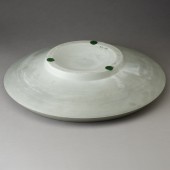 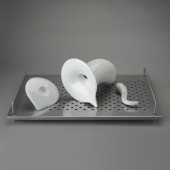 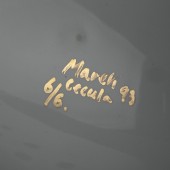 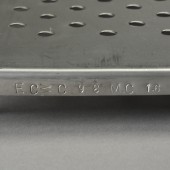